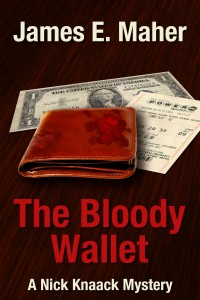 It’s Albuquerque, New Mexico. Nicholas Knaack, a local private detective is interrupted while preparing his taxes, by a panicky young man seeking help. It seems that the guy is being chased by people he doesn’t know and is scared to death. Nick, against his better judgment, agrees to help the lad. After talking over the young man’s situation, Nick learns that the young man found and then hid a bloody wallet in the men’s restroom of a local bar. From there on it becomes a wild case of cat and mouse, hide and seek that ultimately involves murder and undefined national security implications. Will the two men ever get their lives back to normal? Toss in an intriguing and captivating code and you have a mystery that you can’t put down. This is the first of a planned series of Nick Knaack mysteries. Let me know how you like it.