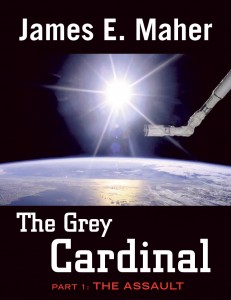 If you’ve already looked at my Bio, you know that I’ve completed a new  series of fiction e-books. The overall title is The Grey Cardinal. The series contains four parts and all are available on Amazon.com – Kindle Books for $2.99 per volume. If you don’t have a Kindle reader, once in the Amazon.com website search for Kindle for PC to learn how to download and read it on your PC monitor or another reader.

The first volume, The Assault, kicks off the series with the bombing at a private party that kills eighteen senior industry and diplomatic personnel. The search for the perpetrators begins with the local police, but quickly trransitions to the FBI, and then the CIA gets secretly involved, when the involvement of the old KGB and the  international implications of the event become clear. If you are interested, go to amazon.com, kindle books, and select the title or the ISBN: 978-1-4675-2814-6 or click on the Buy Now button below. 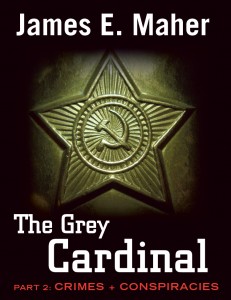 The second volume, Part 2, Crimes + Conspiracies, ISBN number is:  978-1-4675-2815-3. This volume provides an insight into the inner workings of the Kremlin after the fall of the Soviet Union. It is an alternate view of history for that period focused on an internal power struggle between the Russian president, Boris Yeltsin, and a powerful behind-the-scenes puppeteer who has his own eye on the presidency. It also addresses some of the ongoing sub-plots from Part 1.  I think you will find it both interesting and entertaining and will hopefully leave you wondering what is coming up in the next volume. 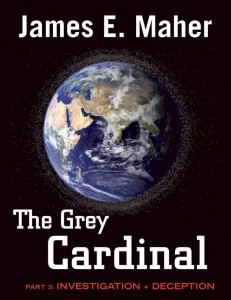 The third volume: Part 3, Investigation + Deception  ISBN number is 978-1-4675-2816-0. It clears up some additional sub-plots from the first two parts and addresses Vladimir Putin’s rise to the ultimate seat of power in the Kremlin and the decline of the U.S. space program, but  introduces hints of a possible resurrection of part of the program in secret. Meanwhile the fleeing KGB spy is headed for Miami with both the FBI and the CIA in hot pursuit. Her escape plan is filled with challenges and even she wonders if she will escape the dragnet she is sure has been cast out for her. 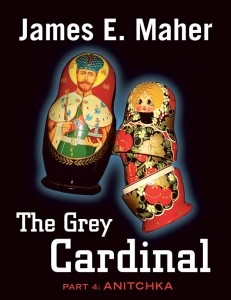 Part 4, Anitchka, ISBN 978-1-4675-4032-2 concludes the series eighteen years after the bombing incident. The missing female fugitive turns up in Cuba and the CIA learns that she is being sent to Russia to train for a new mission. The hunt is on and takes CIA agents Willingham and Creighton to Moscow, Vladimir and Samara in Russia; Madrid, Spain, and then to the United States where the FBI once again becomes involved. Will the FBI and CIA find a way to collaborate in dealing with Anna Maria, known in Russia as Anitchka and now going by the name of Isabella, or will the legal jurisdiction definition stand in the way? Will Anitchka complete her mission? Will we find out who is behind the plot?

Don’t forget, Amazon lets you read part of the book for free to whet your interest at no cost, so you can check out any of the volumes at no cost. Also: No Kindle reader? No sweat, go to the Amazon.com website and search for Kindle for PC to find out how you can read these books on your computer monitor. They also have apps that allow you to read it on other readers.